When you need to record some information or show someone what’s on your desktop, taking a screenshot on your computer is extremely useful. But sometimes a still image is not enough.

If you want to create an instructional video, capture details about in-depth issues on your system, or record a presentation, you need to know how to make a screencast. While it’s a little more in-depth than taking a screenshot, it’s still straightforward.

Let’s look at the best tools for recording your Windows desktop.

Windows 10 includes a suite of gaming features in its Settings menu; you’d be forgiven for ignoring these if you don’t play video games. But as it turns out, Windows 10 has a built-in screen recorder in this menu. It’s intended for capturing gameplay, but you can use it to record most apps on your system. 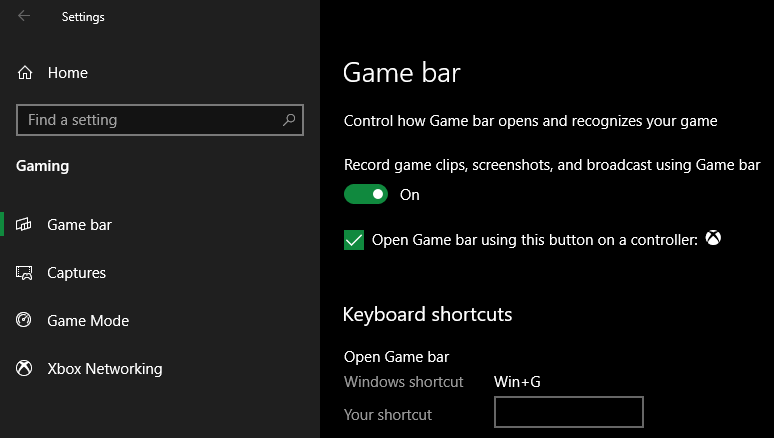 Inside the app, press Win + Alt + R to start recording with the Game bar. Windows may display a prompt asking you to confirm that this is a game; simply check this and it should start recording.

If the shortcut doesn’t work for some reason, you can press Win + G to open the Game bar interface and click the Record button on the Broadcast & capture window. 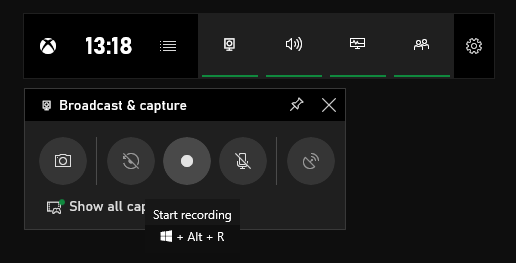 Once you’re done, you’ll find your recordings in your Videos directory, inside a folder called Captures. They save in MP4 format.

While this is a convenient built-in option, it has a lot of limitations. You can’t set up any advanced options, and since you can only record one app, it won’t record your desktop. This means that for complicated screencasts with multiple programs, you’ll need an alternative tool.

FlashBack Express: The Best Screencast Tool for Most People

If you need a more robust tool, you should give FlashBack Express a try. It’s a free screencast tool that’s simple to use, yet offers options to customize the experience if you wish.

After installing it, you can jump right into recording. If you have multiple monitors, select the ones you want to record, then decide if you want to include sound from your microphone and/or computer. You can also include webcam footage. 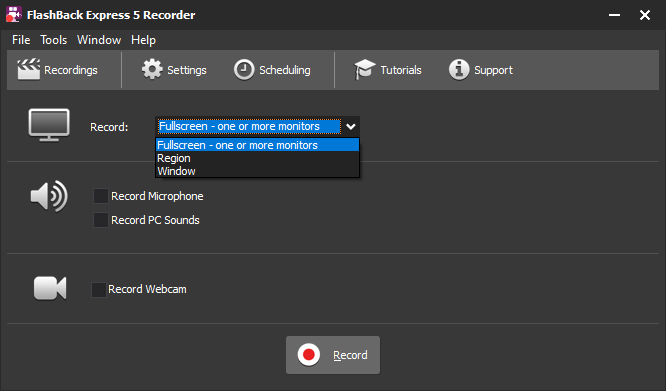 Once you’re done recording, you can preview the video and export it in various formats. The free version doesn’t have a built-in video editor, but you can use other tools for that if needed.

More advanced users can dive into the app’s Settings to change how it functions. Here you can change options such as recording quality, keystroke recording, file size limiting, or even enable note-taking. The app includes a Tutorials link that takes you to useful resources on its website, if you’d like to learn more. 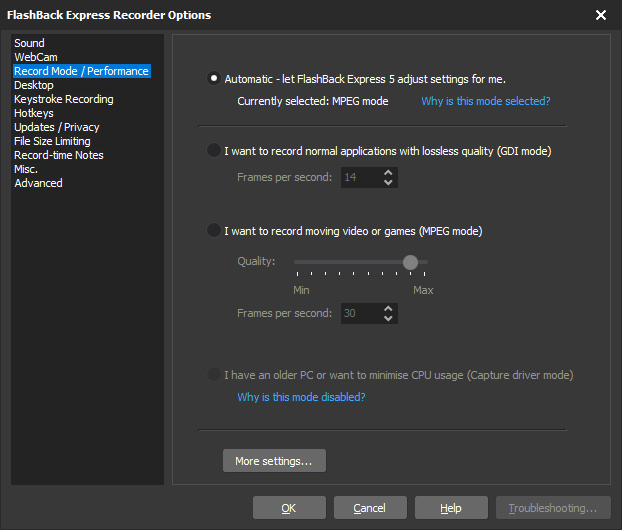 Because it lets you record an entire monitor, FlashBack is a great choice for anyone who finds the Xbox recorder lacking. It’s not too complicated to the point of overwhelming. If you’d like to try an alternative, we also like Screencast-O-Matic. However, its free version includes a watermark and limits you to 15 minutes of recording.

In case you found both of the above tools insufficient, you can look at OBS Studio. This popular open source tool is the favored among video game streamers and professionals for its powerful broadcasting and recording features.

While you can do pretty much anything with OBS Studio, it has a fair learning curve. Thus, a full look at OBS’s features is beyond the scope of this discussion, as it contains a wealth of advanced options. 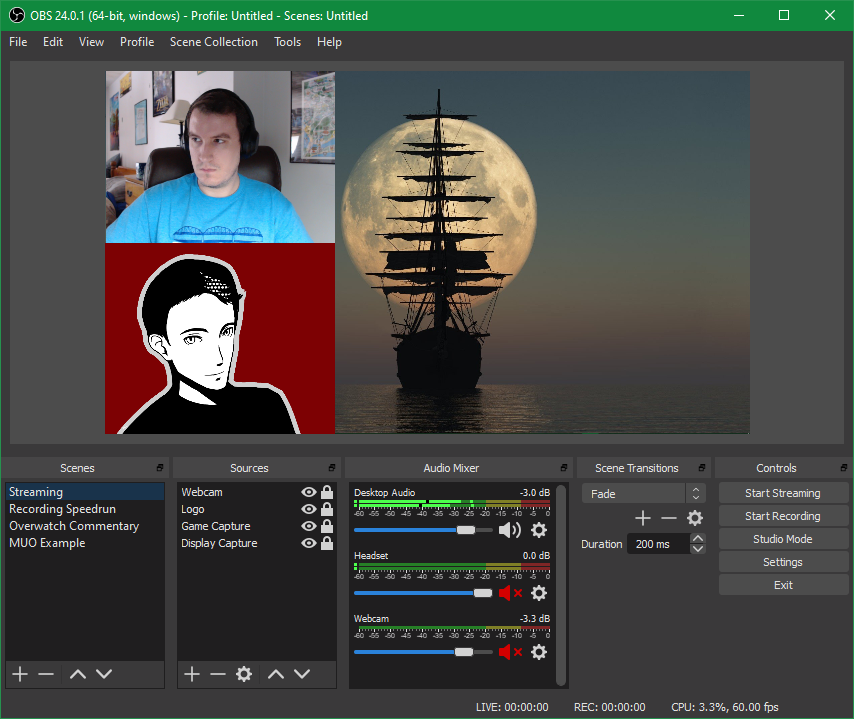 However, in summary, the tool allows you to create various Scenes made up of video and audio sources. For example, you could create a scene that had footage from your webcam in one corner, with your desktop taking up most of the other space. You can add many audio sources to your recording, such as microphones and audio from apps.

In the settings, you’ll find options for changing the quality and file format of your recordings. You can also set custom hotkeys so the app behaves exactly as you like.

OBS is certainly software for power users. If you only need to record simple screencasts, we recommend sticking with FlashBack Express. But OBS has a lot to offer if you’re willing to explore it.

We’ve looked at three great tools for recording screencasts. Each one allows you to record your Windows desktop so you can record a process for others or share an issue you’re having. Keeping these in your toolkit alongside screenshots is a good skill for any computer user to have.