When Windows 10 launched in 2015, Microsoft included a new browser called Microsoft Edge with it. And while it was better than the outdated Internet Explorer, Edge failed to garner much hype.

Now, in 2020, Microsoft has revamped Microsoft Edge into an all-new browser that has the same core as Google’s Chrome. Let’s take a look at how the new Edge compares to the old one and why Microsoft made this change.

Like Internet Explorer, the original version of Microsoft Edge was built on proprietary technologies. Every browser has an engine, which takes the website’s HTML and displays it to you in a usable interface. Microsoft’s closed-source EdgeHTML engine powered the original Edge browser.

However, the new Microsoft Edge uses the open source Blink engine and is based on Chromium, an open source browser project from Google. Chromium forms the base of Google Chrome, but since it’s free for anyone to use and modify, it’s also the foundation of many other browsers. Opera, Vivaldi, and Brave are all examples of Chromium-based browsers.

Aside from having an interface familiar to anyone who’s used Google Chrome, this brings Microsoft Edge some advantages over its old setup. We’ll look at these shortly.

How Do I Get the New Microsoft Edge?

Microsoft released the first public versions of the revised Edge in January of 2020. It’s now available for anyone to try at the Microsoft Edge download page. 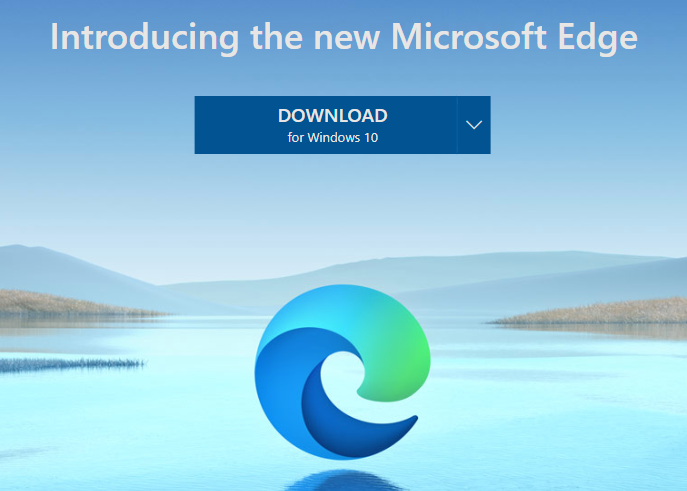 Surprisingly, while the only desktop platform that the original Edge worked with was Windows 10, Microsoft has made the new Edge more widely available. You can download Edge on Windows 7 through Windows 10, as well as macOS, iOS, and Android. Microsoft also plans to bring the browser to Linux before long.

If you’re running Windows 10, you’ll likely receive the new Edge through Windows Update if you don’t install it manually. It will either come as a standalone patch or in Windows 10 version 2004 (the May 2020 Update). Once you do, you can’t access the old version of Edge without going through some technical steps.

Microsoft is now calling the old version “Microsoft Edge Legacy” and will not actively develop it. Legacy Edge will continue to receive security patches on supported versions of Windows 10, but will be deprecated after that.

Not sure which version of Edge you have installed? Unlike the old blue e logo (below left), the new version’s icon is a green and blue wave (below right).

Upon opening the new Microsoft Edge, you’ll find an interface that’s a lot like Chrome. The address bar, tabs, bookmarks bar, and three-dot Menu button look almost identical to how they are in Chrome, so there’s not much to learn if you’re already familiar with that browser.

Of course, Edge changes a few features to remove Google’s presence. For instance, syncing uses your Microsoft account instead of a Google account. The default search engine is set to Bing, as you’d expect. Otherwise, you’ll find a similar Settings menu, list of keyboard shortcuts, and most other items.

The two most notable features of Chromium Edge are its tracking protection options and extensions. To access the privacy options, click the three-dot Menu and choose Settings, then Privacy and services on the left sidebar.

Here you can choose from three levels of tracking prevention: Basic, Balanced, and Strict. The default is Balanced; upping this to Strict can help protect your privacy online, but may break some websites.

Visit the Edge extensions page to find and install extensions made for the new Edge browser. One of the pain points of old Edge was its lack of extensions, which is thankfully no longer an issue since Edge 2.0 can run Chrome extensions. 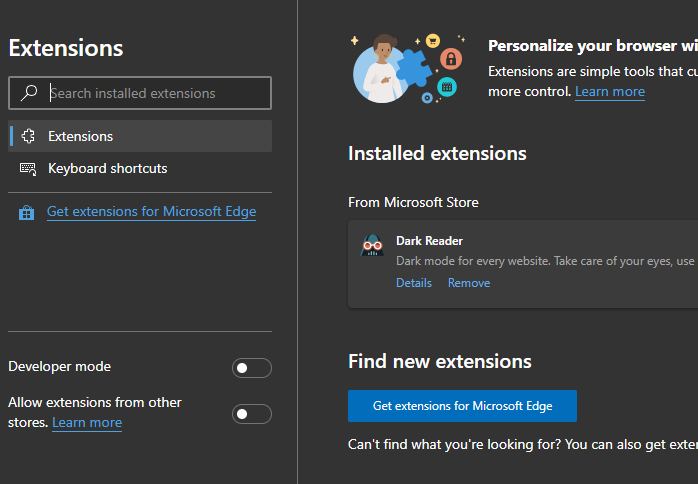 Keep in mind that not all Chrome extensions will work in Edge. Most should, but not every one is officially tested.

You might wonder why Microsoft decided to launch a Chromium-based version of Edge when there are many other browsers like it. The company has stated that it did this to make life easier for both web developers and users.

Because Edge no longer uses a proprietary rendering engine, all major browsers now use open source rendering engines. This is great news, as it makes those tools more accessible for developers, who can improve them.

The Pros and Cons of Edge and Chrome

Now that you know what the new Edge offers, how does it compare to Google Chrome, which is the standard for so many users?

In terms of performance, Chrome and Edge are essentially identical. Neither one has a noticeable speed advantage over the other, so that shouldn’t affect which browser you use.

The biggest advantage Edge has over Google Chrome is its resource usage. For all of Chrome’s strengths, it’s also infamous for being a resource hog. The browser gobbles up RAM and uses a lot of the CPU, which can harm system performance, cause the fans to work harder, and heavily drain the battery on a laptop.

Some tests have found Edge to use only half of Chrome’s resources in identical situations. This will come down to individual usage, but if you prioritize long battery life or have a less powerful system, Edge won’t have such a drastic impact on performance.

Otherwise, Chrome’s library of extensions is far superior to Edge’s, but since Edge can use Chrome extensions, that’s not a big deal. The revised Edge also makes it easier to tweak privacy settings, which clearly appear on the menu we mentioned earlier.

Overall, Edge is worth using simply for the lighter resource consumption. It might not work with every extension, but for most people, it’s a worthy competitor to Chrome. This is especially the case if you’re not thrilled with the data Google collects.

The New Edge for Business Use

Above, we’ve mainly talked about what the new Edge offers from a user perspective. But these changes also have some positive implications for business use. 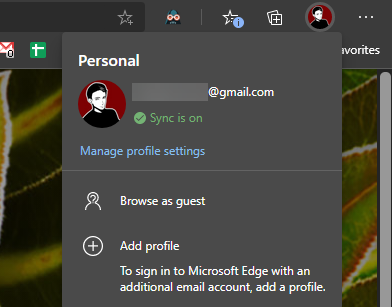 You can also access recently used Microsoft 365 files on your new tab page, which is convenient for any employee who uses those services often.

In addition, Microsoft Edge has an Internet Explorer mode that allows the browser to render pages as if it was IE11. Since Microsoft plans to stop supporting IE11 for Microsoft 365 features in August 2021, this will come in handy for any companies that need IE access for internal websites or similar.

And Microsoft Edge for Business integrates with Group Policy in Active Directory, allowing you to control aspects of the browser you don’t want employees to change.

Due to all the above, if your business uses Microsoft 365, Microsoft Edge makes the most sense to use as a default browser. Those who use G Suite for business can probably stick with Chrome, since employees have a company Google account. Since both browsers are so similar now, employees get a solid browser either way.

Microsoft Edge: Reborn and Better Than Ever

But if the new Edge doesn’t excite you, check out other alternatives to Chrome that are worth trying.