The term “metadata” has become more common as our technology allows for more advanced data collection and storage. But what is metadata, and what does it show about you?

Let’s explore the concept of metadata. We’ll consider some examples and see how you can handle this information.

Metadata means “data about data”. It refers to information kept about another piece of data, which doesn’t have much use on its own since it exists to provide a clearer picture about the original file.

You might have heard the term “meta” used in other concepts to refer to something self-referential. For example, a meta movie might explicitly tell the audience that they are watching a movie.

Metadata is a similar concept. With data defined as “information in digital form that can be transmitted or processed”, metadata is a layer of additional data tied to that core data. It helps you understand what a file is, but isn’t the file itself.

You’ve likely come across metadata without realizing that’s what it was. Here are a few bits of metadata you’ll see on common file types: 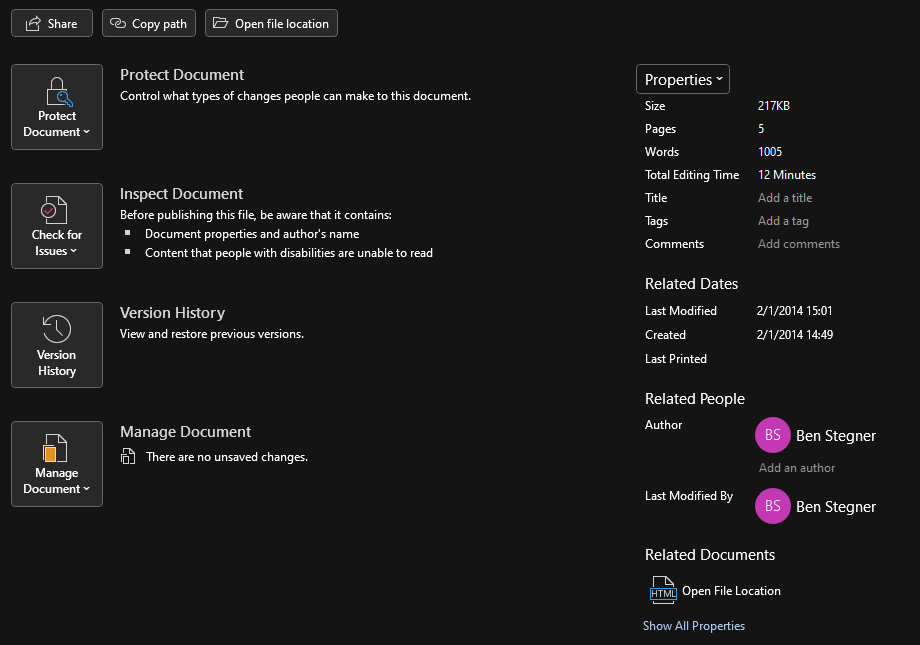 Metadata is also be divided into types, such as the following:

Depending on the file, metadata might be stored as part of the file itself, or as a separate file that points to the original.

How to View Metadata in Windows

If this all sounds too theoretical, you’ll be happy to know that you can look at the metadata for any file on your computer. To do this, open File Explorer, right-click on a file, and choose Properties.

In the resulting window, open the Details tab to see the metadata included with that item. As you can see in the below example of a photo, the metadata shows the resolution of the image, the camera that took it, the exposure time, when it was created, and more. If you want to remove this data from the file, choose Remove Properties and Personal Information. 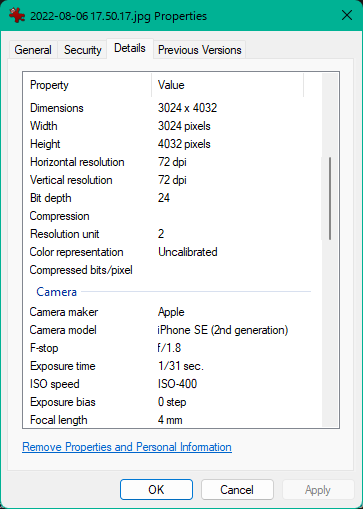 The amount of metadata for any given file will depend on how it was created. For example, if you buy an MP3 album from Amazon, the files should come with all the correct metadata. In comparison, an audio file you created with a voice recorder app might not have much metadata beyond the file type and length.

This data is useful for categorizing your files based on many kinds of information. If you’ve ever sorted the files in a folder by their “last edited” date or searched for photos above a certain size to delete them, you’ve benefited from metadata.

We’ve focused on metadata for files here, since that’s the most relevant to normal users. But there are all kinds of metadata at play elsewhere in the digital world: databases use metadata to classify what’s stored, while social media and streaming services use metadata to better figure out what you’re interested in.

As discussed, metadata isn’t of much use on its own, like how reading the back of a Blu-ray movie box tells you info about the movie but doesn’t let you watch it.

However, metadata can become a privacy concern when you share it unknowingly, or when companies collect it en masse to learn more about you. For instance, if you uploaded a photo to a service like Flickr and didn’t realize that it contained the GPS coordinates of the image, that could expose your location.

Part of using the modern internet is the massive amounts of information companies collect by tracking everything you do online. While you can’t stop this entirely, some services do let you disable certain types of collection.

Metadata is useful for categorizing files in all sorts of ways, but it can have darker implications too. Before sharing a file, it’s wise to check the metadata included to be sure it’s not more than you expect. And if a company lets you limit the data they collect about you, it’s a good idea to turn off this tracking.

To get started, we’ve shown how to manage the data Google stores on your account.