Time is something that’s both straightforward and incredibly complex at the same time. On one level, it’s easy to check what the time is, and time is, at its simplest, a series of increasing seconds.

However, keeping track of time across the world is a much more difficult practice, and computers need to be able to handle this to report accurate information. Let’s look at the basics of how time works with computers, and what to do if your clock is wrong.

UTC, or Coordinated Universal Time, isn’t an actual time zone, but it is a time standard. It doesn’t change for Daylight Saving, and all other time zones are measured in their relation to UTC. The time zone runs through Greenwich, England, meaning that the UK and other regions of the world around that longitude use the same time as UTC during non-summer months.

The way that each computer OS keeps track of time is different. Unix, which is the backbone of many modern operating systems like macOS, Android, iOS, and Linux, counts time as the number of seconds that have passed since midnight UTC on January 1, 1970. 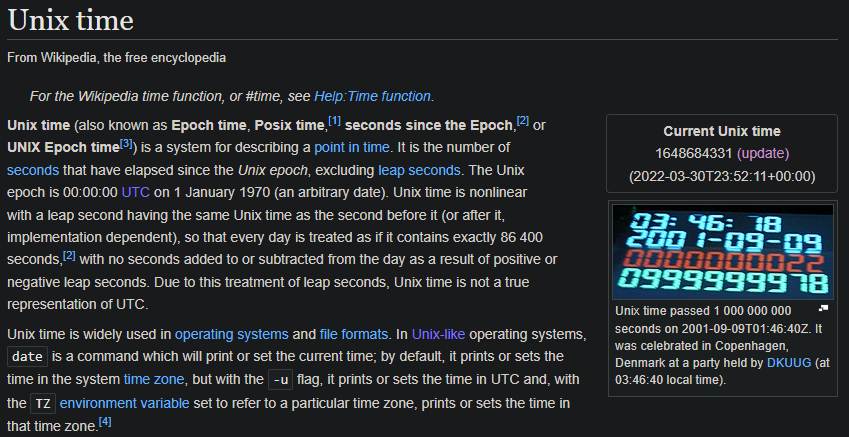 The start of timekeeping is known as an epoch, and in Unix’s case, it’s an arbitrary date with no real meaning. For Windows, the epoch is January 1, 1601. This date was chosen because it was the first day of the 400-year cycle of the Gregorian calendar, at the time Windows was in development.

On Unix-like systems, the computer keeps its clock in UTC and applies an offset based on your time zone. In Windows, the system clock is stored as your local time.

Unix systems will face an issue called the Year 2038 problem, which is when the number of seconds that those systems use to keep time will exceed the length of the 32-bit number used to store it. It’s similar to Y2K and the Y2K22 bug we saw at the start of 2022.

How to Fix an Incorrect Computer Clock

Now that you know a little more about computers and timekeeping, it’s useful to review what you should do if your PC’s clock isn’t keeping track of time properly. There could be a few reasons for this.

First, you should confirm that your computer is set to the right time zone, especially if it’s off by exactly one hour or more. The quickest way to open time zone settings on Windows is to right-click the time in the system tray at the bottom-right of the screen, then choose Adjust date/time. This will take you to the relevant Settings panel. 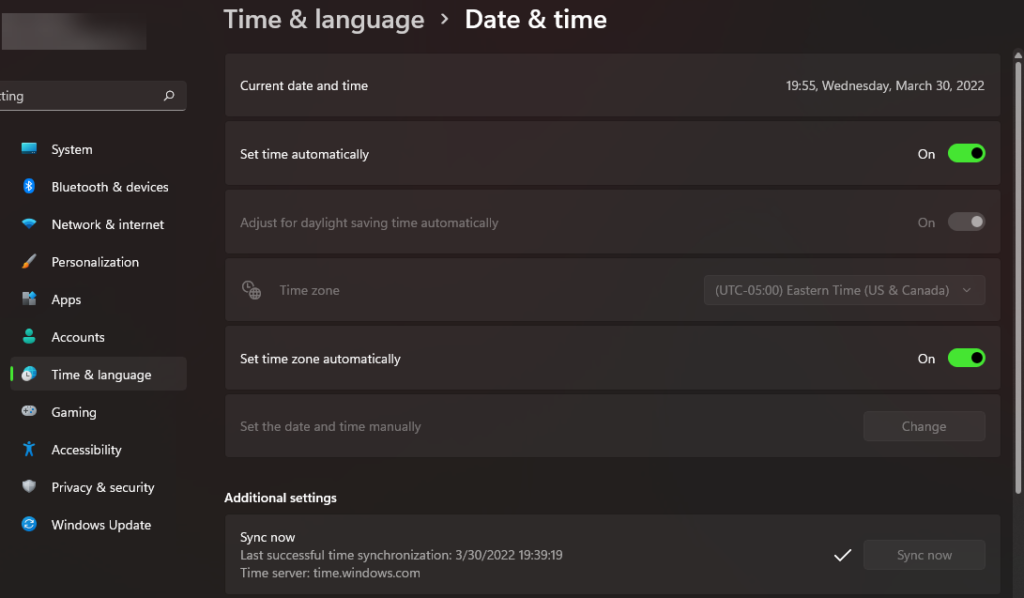 After you’ve updated your time settings, click Sync now to make sure your PC’s time matches up with the Windows time server. Your computer will do this on its own at regular intervals.

Your computer’s motherboard, an important hardware component, keeps track of low-level system information like the time and boot settings. To retain this information even when your PC is turned off, the motherboard has a small battery, called the CMOS battery, installed on it.

Most of the time, the CMOS battery will last longer than you have a computer for. But for an old system, or if the battery dies prematurely, your PC will forget this info every time it loses power. This is the likely culprit if your PC’s clock resets each time you start it up.

Thankfully, the CMOS battery is usually a CR2032 coin-sized cell battery, like the one you’d put in a watch or calculator. You can buy these for a few dollars at any major store, and replacing the battery is as simple as removing your PC’s cover or case, popping out the battery, and installing a new one.

After you replace this battery, you should find that your time and other settings persist across sessions like normal.

Time isn’t the most interesting subject, but it’s interesting to learn about how computers record and deal with time. You don’t need to worry about this in most cases, but it’s helpful to know the background when something acts up.

Interested in another explanation? We’ve looked at how your browser knows websites are secure.