Before long, the pricing for Microsoft 365’s business plans is set to increase. The company released a blog post about this in August 2021, and the changes are taking effect soon.

Let’s review the pricing increase for Microsoft 365 and see how the service has evolved since its release to provide more value.

How Much Are Microsoft 365’s Prices Increasing?

Starting on March 1, 2022, the monthly prices for Microsoft 365’s business plans are changing as follows:

Microsoft mentioned that the costs will increase around the world, with equivalent adjustments depending on the region. And for now, the prices of education and personal Microsoft 365 plans aren’t changing.

How Microsoft 365 Has Changed Over the Years

It’s never pleasant to deal with a price increase for a service you rely on. To make this news easier to swallow, Microsoft’s blog post pointed out a few of the innovations that the service has made since it was released in 2011 as Office 365.

For example, when Office 365 was new, it offered a handful of apps. Since then, the service has evolved to include more tools like Microsoft Teams, Power Automate, Planner, Visio, and Whiteboard. Microsoft is most proud of Teams and its many functions that make it easier for people to work together, even remotely.

Aside from adding more apps with additional functions, Microsoft 365 has increased its security against growing threats like ransomware and built AI more deeply into the products.

As a final part of the announcement, the company mentioned that all business users of Microsoft Teams can now enjoy unlimited dial-in calls for their meetings.

Is Microsoft 365 Still Worth It?

Even with these price increases, it’s hard to argue against Microsoft 365’s value, since the service includes so much.

For comparison, Slack’s cheapest paid plan is $6.67/user/month when billed annually, and that doesn’t include email or cloud storage. Google Workspace’s Business Starter plan is $6/user/month and only includes 30GB of cloud storage per user. 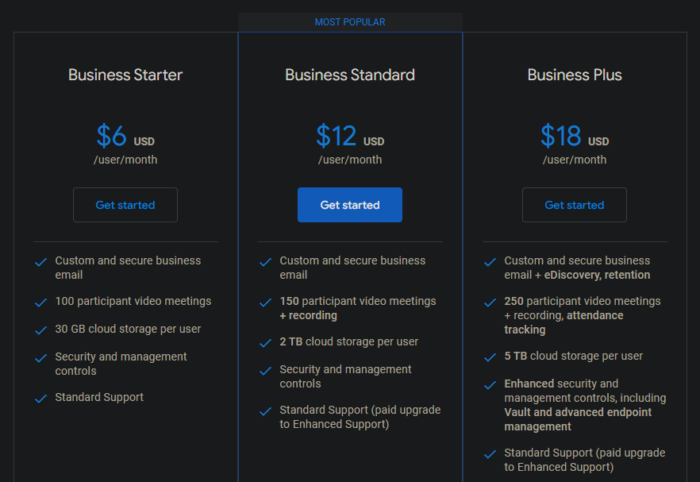 Even if a competitor’s service sounds more attractive after this price increase, it’s likely not worth the time it will take to transition your team to another ecosystem to save a few dollars per month.

Microsoft 365 Is a Powerful Business Tool

Whether you currently subscribe to Microsoft 365 or are thinking about bringing your team to it, the service provides a lot for the money. Using it requires far less effort than setting up an in-house email server and similar.

We’ve looked before at why Microsoft 365 is far better than using personal email addresses for your staff.